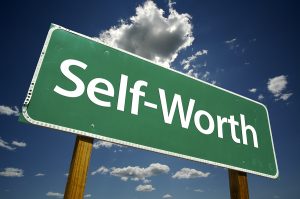 Have you ever tried giving someone a really beat up dollar bill only to have that person reject it because it wasn’t nice enough? You knew when you tried to give the dollar to this person that this dollar bill had gone through hell and back while it was in your possession. That dollar was dropped in mud, washed in your washing machine, dried in your dryer, drooled on by your dog, stepped on, ripped into two piece, taped back together, dropped in mud again, and then crumpled up and put into your pocket after you wiped it off haphazardly on a leaf that you found next to the mud puddle, and now after all of this torment that you have put this helpless dollar bill through, you decide to pass it on to an unsuspecting individual that you owe a dollar to. After pulling out this crumpled up and dirty dollar from your pocket, your creditor ultimately refuses the bill because of its ghastly state. This person thinks that the dollar bill that you are trying to hand over is not as valuable as a clean and new looking dollar bill.

The same can be said for us positive thinker. Sometimes we are led to believe that we are not good enough just because of some less than favorable life events that we have gone through.

Now and then you hear people tell you that you’re not worthy because of x and that you’re not valuable because of y and z. And after hearing those hurtful things over and over again, you may start to believe it, and actually start to change the way you look at yourself because of how other people look at you. Their negative views may start to become your own negative self-views, and then it becomes more and more difficult for you to love yourself because you’ve been bombarded by people who are constantly trying to define your worth.

They tell you that you’re not as valuable if your shorts are too short or if your pants are too saggy.

They say that you’re worth decreases if you don’t act in a respectable way.

They turn their noses up at you if you’re a little bit too liberal with your sexuality.

They gawk and stare at you if you go out one night and drink too much.

You’re not important if you’re not smart enough, if you don’t make enough money, or if you don’t believe in the same god as the person who is looking down on you does.

Positive thinker, even if some of these are your truths, this shouldn’t lead you to view yourself as less worthy than those people who do not hold these particular instances to be their truths.

There are always going to be reasons out there that lead people to believe that you’re not worth anything, but we can’t give into believing them because it’s your worth positive thinker, not their worth.

Your entire life isn’t made up of “bad” moments like the ones described above, so your worth shouldn’t be only dictated by these moments either. There are many great things about you, and you should not allow a handful, or even a truck full, of questionable moments to make you think less of yourself, even if other people do think less of you for it.

If that dollar bill that your friend didn’t accept because of its appearance was a living breathing entity it wouldn’t think that its value was decreased just because it was tossed around without any consideration because, at the end of the day, the dollar would know that it was worth a dollar no matter what happened to it. Likewise, your worth does not loose value just because someone else can’t see how truly great you are. It doesn’t matter what you go through or who says what about you because your worth is not defined by someone else. It’s defined by you.

Remember positive thinkers, “Your value does not decrease based on someone’s inability to see your worth.” –Unknown