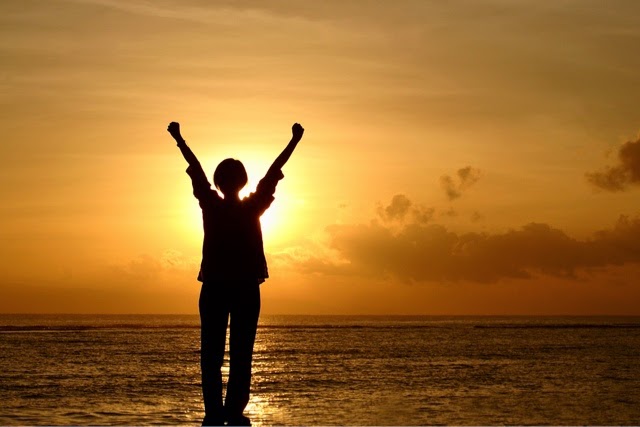 Positive thinker, have you ever stopped yourself from doing something after imagining all of the things that might possibly go wrong? I know I have, and I also know that whenever I do that, I deprive myself of experiencing some potential good. I can’t tell you how many times I have not gone through with something just because I believed that what I truly wanted to happen never could happen.

In high school, I failed to apply to certain colleges because I thought, “Even if I do get into this school, I’m not going to be smart enough to pass all of those classes, and I will end up being one of the least intelligent people in my grade.” I’ve avoided talking to new people just because I thought that they might talk negatively about me after I left because they would have found me weird or different. I have forgone applying for jobs because I thought that I might embarrass myself in an interview by saying something irrelevant or by not listening to the question fully and answering it the wrong way.

But what if all of those bad things that I imagined didn’t end up happening?

Positive thinker what would happen if all of the bad things that you imagined might happen didn’t actually happen at all? Because, yes, it is true that the bad things that you envisioned happening might happen, but it is equally true that they also might not happen. If there was even the smallest chance that you could have what you wanted just by having enough courage to go through with your plans, then why wouldn’t you at least try? If things do indeed go wrong, you will at least have some idea of where you went wrong so that you don’t end up making the same mistake the next time you decide to go for that dream, but if things do go right for you positive thinker, then you can actually end up experiencing something wonderful.

Whenever you stop yourself from doing something that you want to do because you’re afraid that it may go poorly, you’re defeating yourself before you even start. So, don’t do that to yourself positive thinker. Don’t imagine all of the bad things that might happen. Instead, imagine all of the good things that could happen. When you think negative thoughts, you are bound to introduce negative things into your life. If you start to believe that something will go wrong with your plans you may indirectly cause that very thing that you are dreading to happen. Your expectations for negative things may just cause you to act in a way that will end up making your negative thoughts come to fruition. On the other hand, if you imagine and think about things going right then positive things will be introduced into your life, and if you think those positive thoughts then you will end up behaving in a way that will make those thoughts that you have envisioned come to pass.

Positive thinker, the next time there is something big that you want to happen, don’t get intimidated by the size of whatever it is. Don’t allow your thoughts to go to a place of negativity. Stop yourself from thinking of all the possible things that could go wrong. As an alternative, start thinking of all the things that could go right. Fill your head with positive thoughts about that idea that you want to happen. Imagine it and believe that it will happen so that any and all thoughts of you not succeeding get tossed out the door and into the dumpster with the rest of the garbage. Positive thinker, you deserve all that you want to have in life, so don’t let your negative thoughts prevent you from going out and getting it! Think positive thoughts, and get positive results! Your plans don’t have to fall apart positive thinker; they can go your way!